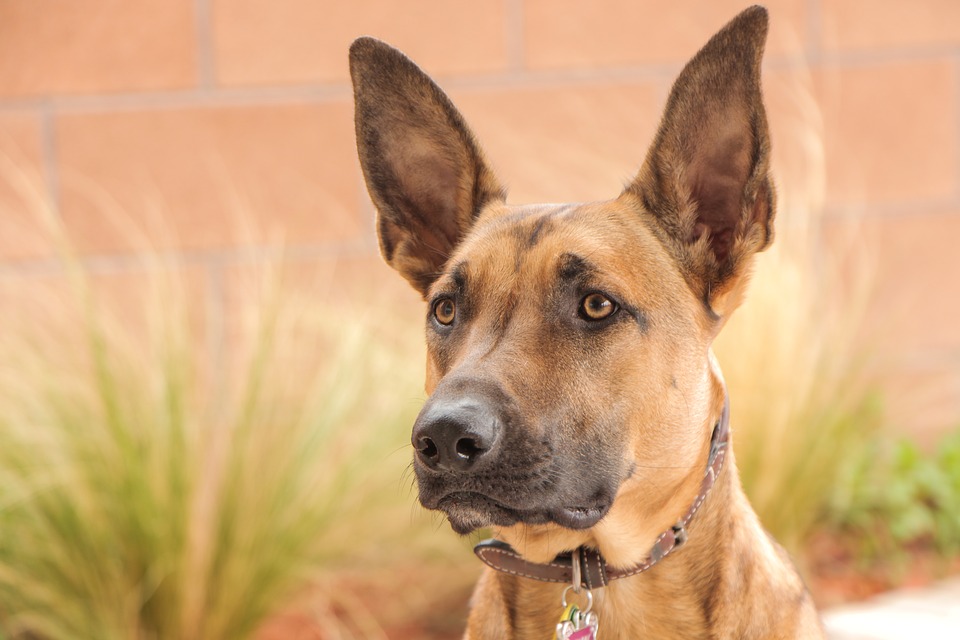 What are dog breeds?

A dog breed includes all dogs that have physical or behavioral characteristics alike. This is achieved by making dogs with similar characteristics mate, resulting in another dog with the same features of its parents, thus keeping the standards of the breed.

If you are a dog lover, this is your place. Here you will get information about all the different dog breeds that exist in the world. You will find out what is the more fitting dog breed to you and your needs: toy breeds, small dog breeds, medium dog breeds, large dog breeds and all the giant dog breeds.

You will find information about their care, character, personality, and behavior, in addition to pictures, images, videos, and curiosities about all the dogs. Welcome to our great dog adventure.

The Origins of Dog Breeds

The dog breeds identify each type of dog. However, before getting inside the topic, it is necessary to know the ancestor of all dogs: The Canis Lupus Familiaris, known as the domesticated wolf. Knowing that all the dogs in the antiquity were domesticated wolves, you can know that all types of breeds come from mating, selective or not, between various species of Canis Lupus Familiaris from thousands of years. These crosses resulted in common dogs with certain characteristics that were grouping, resulting in the dog breeds that we know today.

Some dogs can have the same appearance, but variations in their behavior, and some others, as the many varieties of the Belgian Shepherd, have the same physical features and behaviors, but their appearance changes depending on their fur.

It is known that the wolves became friends of men approximately 17 thousand years ago, but it was not until the last centuries A.D that they started to breed selectively so they would never lose their skills at the job they performed or maybe to keep a beautiful appearance.

How many varieties of breeds exist?

Currently, there are 343 types of dogs classified in breeds with different features each one, all of them descendants of the Canis Lupus Familiaris, that was the first wolf to be domesticated and to be treated similarly as a dog is treated nowadays. Later, the nomads that domesticated these wolves stop being it gradually, establishing in villages and the wolves started to approach these villages and became the man’s best friend because they could easily get food from them and could rummage through their garbage.

After the wolves were used to the presence of humans and decided to interact with them, they started mating in each populated center, resulting in wolves with typical characteristics of each place. Then, someone who decided to go from a population to another and took with it a pet wolf could give place to morphologic modifications in Canis Lupis Familiaris wolves from another camp or village. Thus being able to begin the non-selective breeding of wolves and starting to see wolves with behaviors and appearance typical of the place, finally becoming dogs.

How to choose the perfect dog breed for you?

Usually, people consider the dog’s breed when they want to get a new dog friend in their home and they wonder what could be the best breed to live with comfortably inside a home, garden or apartment.

The mixed-breed dogs, also known as mongrels or mutts, are dogs that have been breeding in the street for not having a specific owner that cares for its breeding. They are dogs that, having owners, freely mate with other street dogs, this way resulting in more dogs without a defined breed.

These mixed-breed dogs, although it is not known what breed they come from, have a much stronger immune system, are extremely affectionate, loyal and with a better temperament.

Advantages of a purebred dog

With a purebred dog we will know even the minimal standards that it has, as in the exterior as in its behavior, knowing for sure if they are overprotective, vigilant and can defend the home very well, or if they’re good dogs as pets because their dominant and territorial instinct has been appeased through selective crosses.

Another advantage of the purebred dogs is that we will always know what diseases they could present in the future, since the breed is submitted to tests that determine it, therefore, we can know what steps we should follow to prevent them or what is the treatment we should give our dog if it gets sick.

Advantages of a mixed-breed dog

A mixed-breed dog with time has gained great reinforcement in their immune system, through the breeds their parents have crossed with.

Each mongrel is different, in aspect and behavior, so it will be a daily challenge to have one.

Disadvantages of a purebred dog

The main disadvantage of a purebred dog is its cost. Some breeds have a high price and requirements of many cares. They have health problems due to the cross between dogs of the same family, the reason why they can develop genetic diseases.

Disadvantages of a mixed-breed dog

What are design dogs? 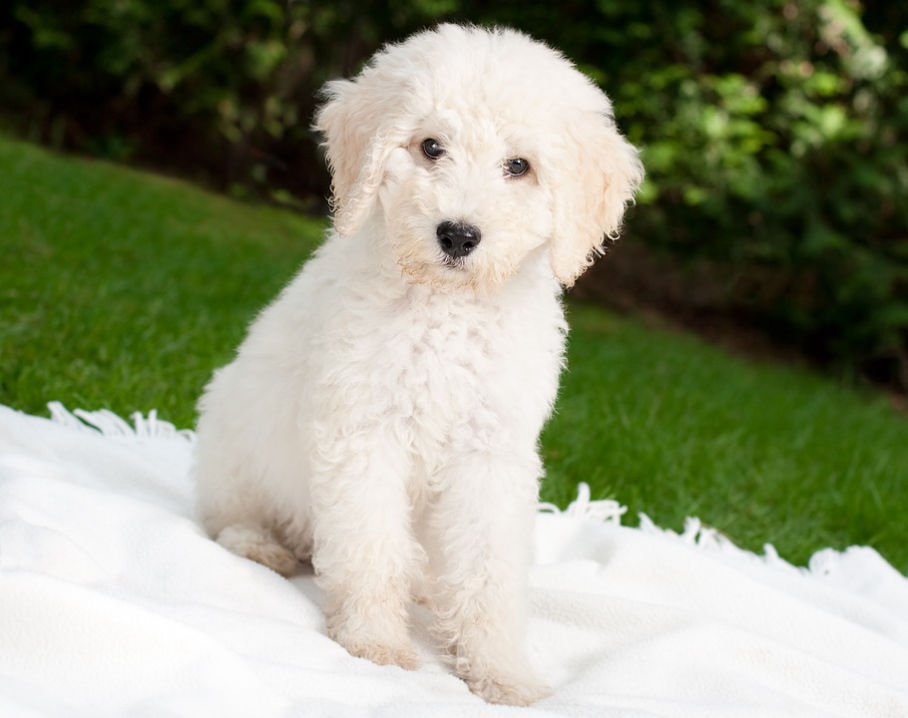 The selective crosses are an activity that men have been developing with dogs for a few centuries now. The purpose of this is not only maintaining an acceptable appearance for people who want a companion animal, but it is also mainly for the dogs to not lose their effective behavior focused on different work areas. If a type of dog stands out in some area like hunting or grazing, then is convenient that they do not lose it, for which the breeders decide to mate dogs with the same characteristics and behavior.

However, currently is being practiced a method called design dogs breeding, using dogs that have been crossed between themselves only with aesthetic purposes, for they will not be used for any particular job.

One can even affirm that these new breeds emerge as a new option for fashion and dog accessories manufacturers since, though they are practically new breeds, there already exist plenty of fitting accessories to their size and style.

There are many design dog breeds; one could say that the number of these breeds, still not recognized by official institutions as the FCI, exceeds the number of breeds recognized by these institutions. Many people think that it is worthy and others think that it is cruelty to put purebred dogs to breed litters to sell them later at exaggerated prices.

The design dog breeders assure that the new breed dogs live longer than their parents of recognized breeds do, besides, they also affirm that they are less prone to get diseases since the cycle of crosses between dogs of the same family is broken to get purebred dogs. 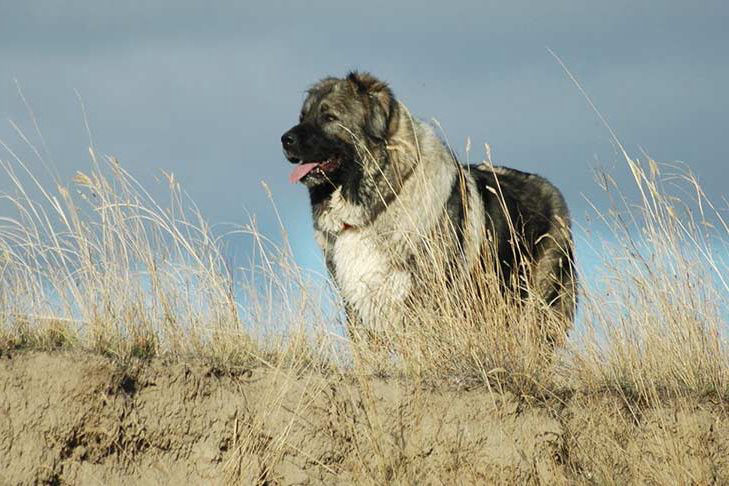 The shepherd dogs are dogs that helped shepherds at their jobs. They protected the sheep from the natural predators that were around and they guided them while the sheep grazed. There have always been two kinds of shepherd dogs, the ones of goats, sheep and lambs and the ones of livestock. The sheep shepherd dogs controlled them from dispersing, while the livestock managers kept them in a point to take care of it.

The terriers are usually small or medium size dogs that have been used through the centuries to hunt small house vermin, though they also have successfully hunted other medium-size mammals. They have short paws, strong jaws and are very brave. Their joy and energy have been a magnet to people that like pets and they have become popular as companion animals. 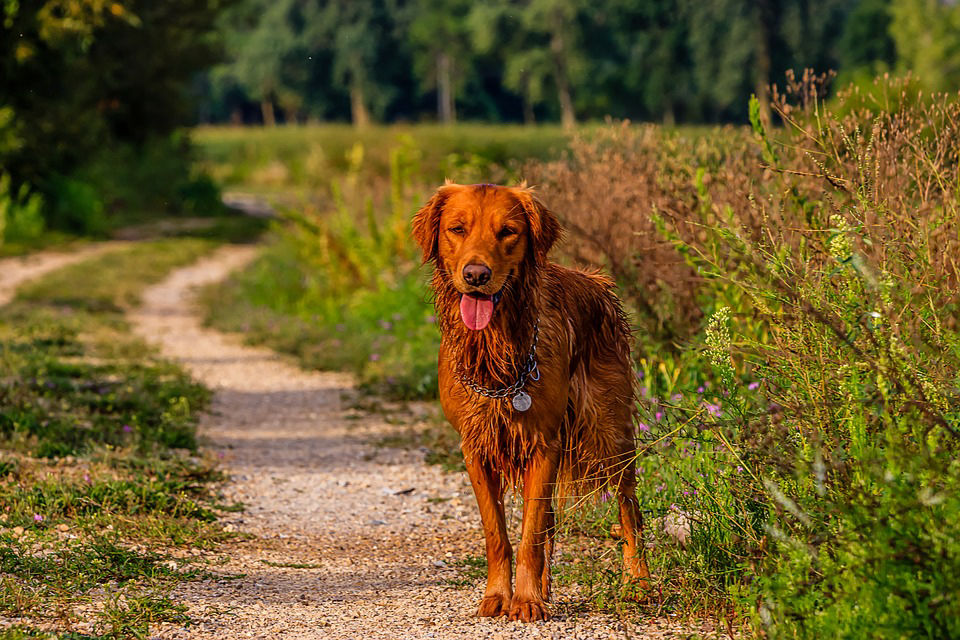 Dogs like the retriever whose function in hunting are taking the wounded prey and guide it to where the hunter that wounded it is, without this suffering further damage from the dog. Another breed like the Spaniel attacks the prey and recovers it for its hunter, without the interaction of this. This last dog is also considered a water dog for its great skill in swimming. 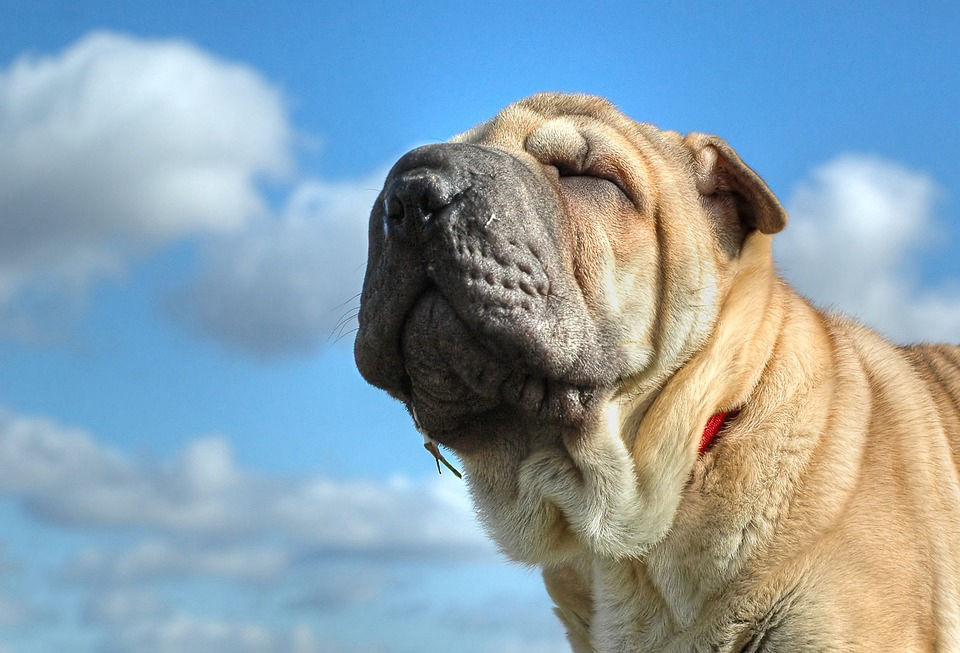 The companion dogs in the past could have performed any type of job, but nowadays, their job is to play with the members of its human family, giving them live and happy moments. However, the companion dogs can serve as guardian, guide and even shepherd dogs. 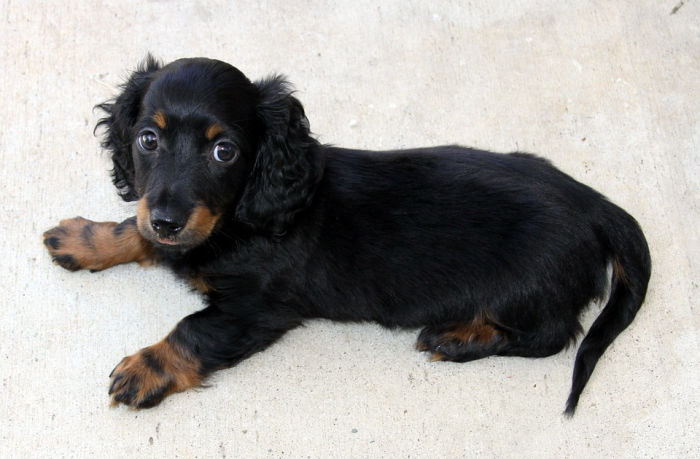 There are three types of dachshund dogs, longhaired, smooth-haired and wirehaired dogs. You may not know these three dogs by their name, but you will definitely know them by their shape, they are the popular sausage dogs. They possess sizes that go from miniature to the standard size of the breed.

They are dogs with a brave character, capable of facing giant dogs without being afraid. They are good guardians since although they will not attack, they will make a fuzz if someone unknown tries to enter its territory. 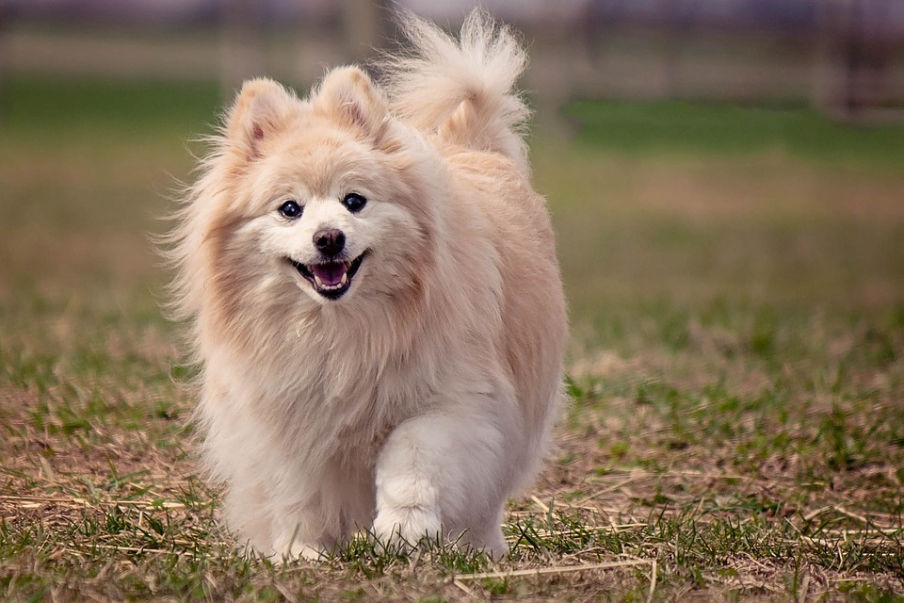 The spitz dogs have had a good relationship with men for many years, which gives them points of popularity as pets. They are dogs that come from arctic climates, that is, from Scandinavian countries, Russia, Alaska, and Canada. These dogs are quite dependents of their masters, maybe because of the climatic conditions where the first spitz lived in, and the dependency of humans and dogs during that time. 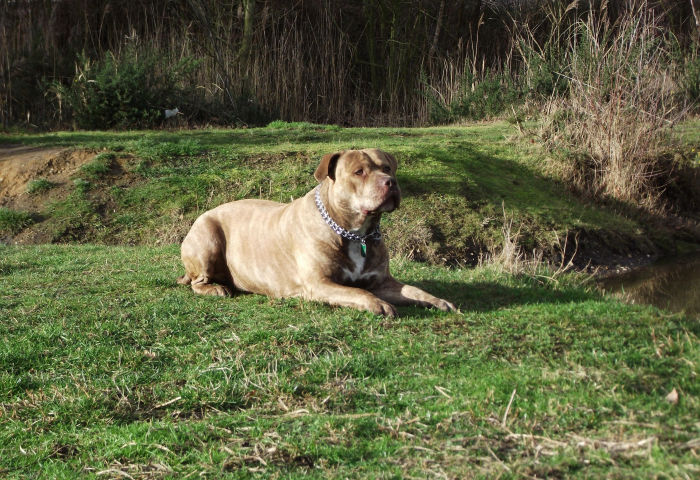 The guard and defense dogs are specialists in taking care of the family that adopts them, as their belongings and the integrity of their territory. They were formerly shepherd dogs that took care of the flocks, for which they always like to be watching. Some of the more successful guard dogs are the Boerboel, Fila Brasileiro, Rottweiler, Dobermann, Neapolitan Mastiff, Pitbull, and the Bullmastiff. 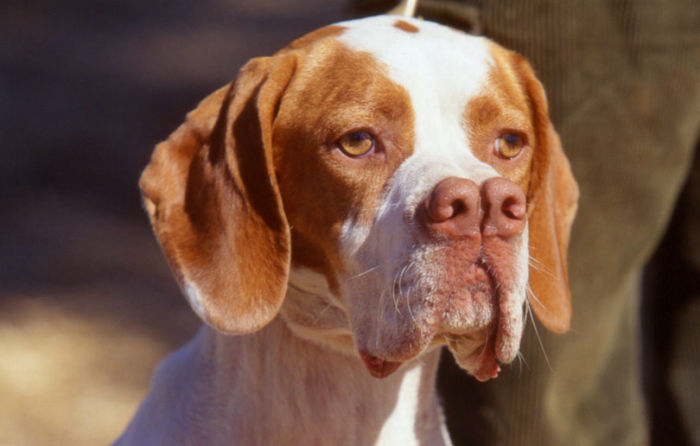 The pointing dogs are descendants of the hunting dogs. The main difference between these two dogs is that the pointing dogs instead of following the trail of the prey, remain motionless, clearly disquiet and “pointing” with their head and front paw towards where they have detected the prey. Many hunters found it very frustrating that the dogs were not going looking for the prey, but with time, they learned to make the most of this quality. 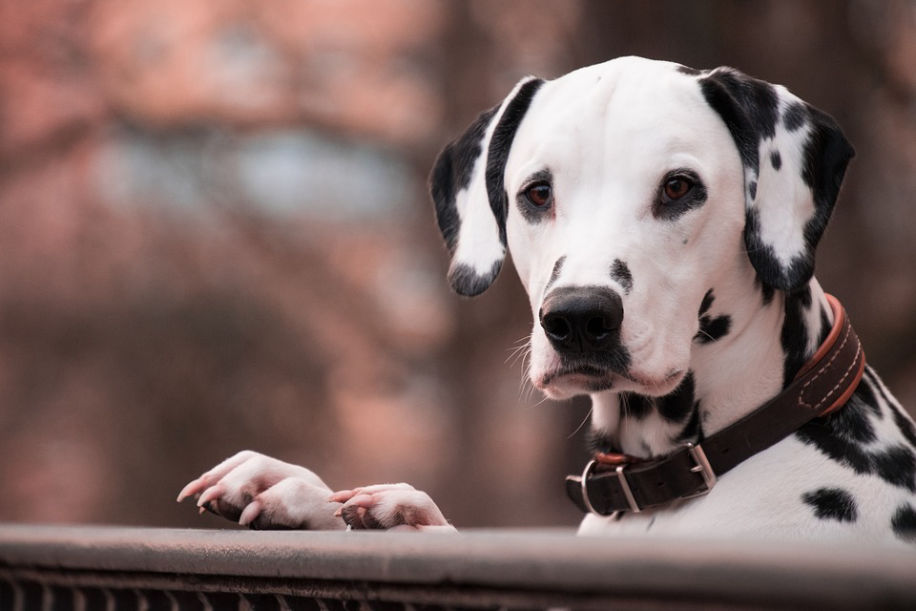 The scenthounds are large dogs that have a very powerful and precise smell. They are quintessential hunting dogs since they can find prey with only the smell of its blood. These dogs are easy to identify because they possess a long nose, wide and long ears hanging at the ends of his head and spots on its body. They are very quiet animals, obedient and loving, so their relationship with their owner/hunter and family is excellent.