In New Zeeland, many breeds have been raised till today, but one of the most curious is definitely the Kuri, a breed already extinct that will always be remembered as a strange dog, but very pretty and singular to some people.

The Kuri has a rich story to tell, at least mythologically, since old settlers of New Zeeland in the Maori mythology believed that this breed was Irawaru, whom Maui transformed in a dog when this was his brother-in-law. According to them, that was how the dogs appeared in Maori Mythology.

The Maories were the ones in charge of introducing the breed in New Zeeland, a product of the constant migration they were living in that moment during the 9th and 14th centuries.

This dog breed was food for Maories, their meat, as experts in history explain, was very coveted by them. This was also used to make coats that served as cloaks that they put on the back and the chest. The Kuri’s skin was also used to decorate the shacks and some other objects. The teeth of the Kuri was used too to decorate vessels and to Maories to use as earrings. 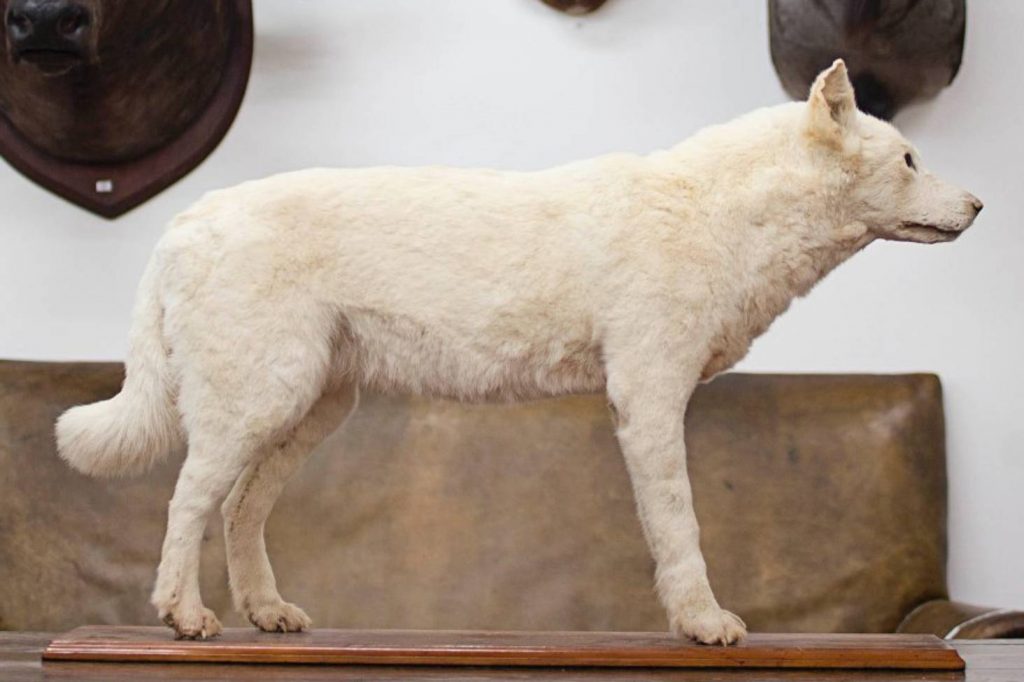 As a principal physical feature, the Kuri had its ugliness since it was not a pretty dog in appearance as the dogs we know nowadays. It had small size and its paws lifted it a little from the floor. It had a smell sense not quite developed, but it seized its excellent vision to hunt sleeping birds at night. The Kuri’s favorite meals were the Kiwi and the Kakapo, and when ducks were migrating, the Kuris also seized the moment to hunt them due to their excellent skills to jump.

Not many people knew that this animal was actually a dog, at least genetically, since it was ugly and its appearance made it look more like a fox than a dog.

The first highbrow person to find it was the traveler Jules Crozet, who saw it in Bay of Islands, during June of 1772. The description he wrote about this animal said “it is an animal similar to the fox, but it can be domesticated and used as a pet as for feeding. Although it looks like a dog, it cannot bark as all dogs, but it makes a sound similar to the foxes’”

Another adventurer of that time named Frederick Hutton described the Kuri as “a companion animal, lazy and very shy with strangers and with persons it barely knows, only affable with its owner”.

To the Maories, the Kuris were important inside their culture, in fact, when they started a war they wanted their god, called Tu, to join them at it. They could sacrifice a Kuri or a human, so the life of the Kuri was very valued to be compared to a human’s.

The Maories had different gods, Maru was another one of them, to whom they also sacrificed Kuris. Supposedly, this way Maru would accompany the warriors in battle.

To the end of the 19th century, the Kuri were practically exterminated at all. The last specimens known for men are currently dissected and being exhibit at a museum in New Zeeland, the Te Papa Tongarewa.

Kuri in Maori means Polynesian Dog and possibly arrived at the Caucasus territory while it was being transported by the first Maories that arrived in New Zeeland during the 12th and 14th centuries.

The Maories were kind to visitors, so much that they gave them the Kuri’s meat for them to taste. These travelers compared the taste of this meat with the taste of roast lamb.

What Breed are you looking for?