Stories tell that in the powerful Aztec imperium a feline existed, known as the Aztec Cat, which was bald the whole year in exception of winter when the hair grew in its body.

The Aztec Cat is almost a myth, it is a feline breed native from Mexico, which first registered records goes from the beginning of the XX Century, specifically in 1902, when E. J. Shinick gave its testimony and led written its experience by living next to this type of cats. With the past of the years, the Aztec cats became more and more known, to the point of appearing numerous times on different historic stories and pieces of literature.

The description gave about this Aztec felines makes you think about they were cats with a skin that hadn’t furred by the biggest part of the year, except in winter when a thin layer of hair of a light tone appeared in its whole skin, more abundant in the tail and the back; this characteristic resulted in a defense mechanism that let it protect from cold. The Aztec Cats had a light grey skin and sometimes you could appreciate spots or degraded skin color zones. Its complexion was medium, with a thin but strong body, with finesse lines and traits.

The cranium region was a small triangular head, where you could see a pair of medium to small eyes and a pair of very prominent eyebrows, also triangular small ears, a little prominent muzzle, and very long whiskers. 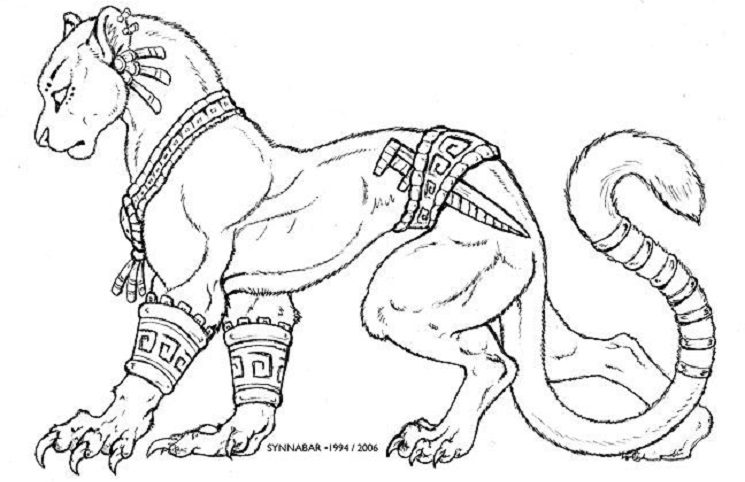 The personality of the Aztec Cat is described as a faithful animal, smart, friendly, loving and caring; in contrast to other breeds, it liked water and was a good swimmer. Probably it had some difficulties with the thermoregulation process due to some relates say that it prefers warm environments, and hide under blankets and other hot places. Besides, it’s said that he was very patient and tolerant of animals, which even coexisted next to the dog.

The first and only known and documented couple of Aztec cats were the ones under the property of Shinick, which were bought in New Mexico and taken to its home as pets. History said that the male of the couple died without left any pups, and there was when the breed extinguishes.

More realistic stories say that those aren’t more than urban legends that give mystery and romanticism to the Aztec cats breed, just a myth for now. However, others keep defending the hypothesis of an ancient cat, which lived in the powerful Aztec imperium, with amazing qualities that makes it a mythic and sensational feline.

What Breed are you looking for?